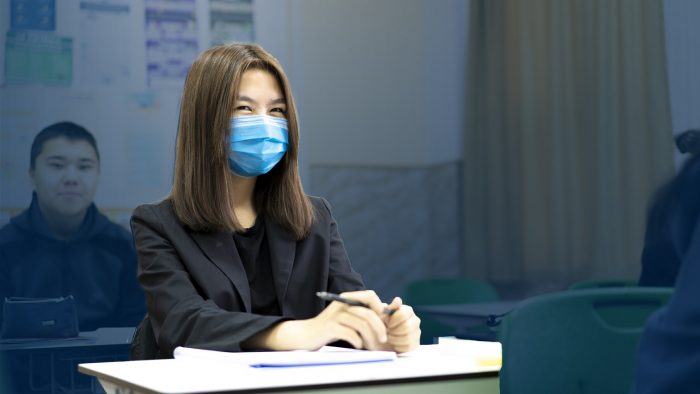 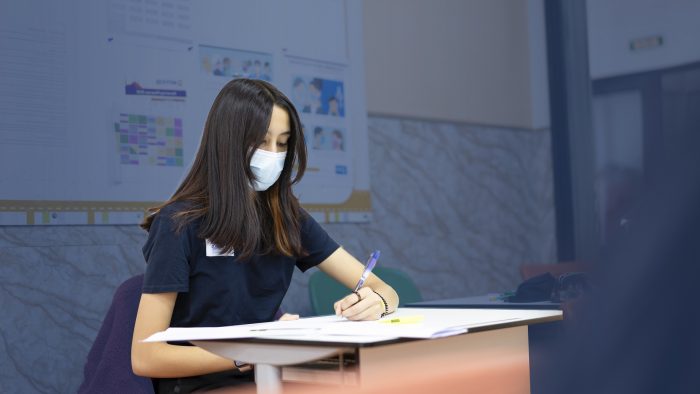 United World International School, Department of English Language is pleased to announce the winners of Writing contest among year 9 and 10 students. It was extremely difficult to choose just three essays and poems, based on their relaying a message of peace, the structure of the verse, the overall impact of the writings.

Why World Peace is impossible

World peace is a concept where every individual is happy, free and is in harmony with each other. I believe it is only an ideal that cannot be met. World peace is impossible to attain because there is no such thing as having an ideal world.
Peace not only means having no wars and political disagreements, but it also means to live in harmony with everyone across the globe physically and emotionally. In order to live in harmony, everyone needs to be satisfied. That is unachievable because every individual is different. Every individual supports different aspects and morals in life.
All humans have similar traits such as hate, fear and happiness. However people do not have the same opinion. I believe that world peace is a dystopic ideal. What makes people unique is our differences in opinions. If everyone agrees to one concept, we lose our individuality and freedom to express which is the opposite goal of peace. People will constantly disagree upon controversial topics such as beliefs, gender, inequality, poverty, politics and racism.
It is human nature to feel negative towards something you oppose. This is mainly reason conflicts start. Disastrous wars have been left in the past however that does not change history. History affects the future and present.
People who have experienced cruel treatment in the past such as experience in war, racsim, inequality, religious discrimination will forever remember because it is traumatic. It is tremendously difficult to let hatred go. Most humans aren`t able to do that because we have emotions that are too strong for logic to modify. Moreover, bitter feelings are still held as grudges upon each other. The question of violence may have disappeared but the violence tormenting people individually is not gone and will never be gone. Nonetheless, I believe complete world peace is impossible to attain because of its simplicity that makes it complex. Humans to some extent can achieve peace by physical means but not emotionally.

When there is a discord in your friendship,
When you cannot bear it, not anymore –
Empathy is what you must equip,
Don’t forget about “j’e taime”, “con amore”.

Be fair – to a friend, to a foe,
Don’t let the hostility grow,
Keep your hatred away,
A kind word will save the day.

In this very rough world
Peace wouldn’t cease to exist,
Spread it around the globe –
To the North, the South, the West and the East.

Wars, conflicts, all the disagreements are in the past,
Don’t repeat the mistake –
Don’t let your intentions be fake.
As the cost for them is vast,

Stop all the violence,
End all the fighting.
Do your job in silence,
Help wanderers by guiding.

Lend a helping hand
To the ones who need,
Making people smile
Is already a feat.
The cruelty must come to an end,
Savagery we must suspend,
Compassion must have its start,
All the ferocity we must tear apart.
Peace is not a treaty,
It is what lives in your heart,
It will light up the way
When the whole world goes dark.

September 21 is the Peace Day ,
Is it the same with 9 th of May?
If you ask me , my answer is no ,
Same with comparing the sun and the snow.
Difference must be known to everyone ,
May 9 is the day when the Soviets won ,
While Peace Day is the day of the peace ,
And let me show you how different it is.

Peace day is the day of clear sky,
Everyone living their own lives.
No enemy troops to deal with.
No little children hiding underneath
The ruins of a bombed church.
No General forcing the soldiers to march.
No mother waiting for her dead son.
No evil making innocent run.
This is the day when you should forget
About the war and all the regrets.
However , the war is only one of the things;
The point that I should have only begin.

As well as , pandemic COVID – 19.
Violent people demanding vaccine.
The most ruthless killer is the disease,
That’s why you need the day of the peace.
Not the only day when you must forget
About pandemic and all the regrets.

If it’s possible to have only positive thoughts,
And think that everyone got everyone’s shot.
Imagine the hospitals with an empty bunks,
Same with finding treasure in an open trunk.

It is very crucial to have this kind of day ,
When you can forget without any delay
About the problems that humanity has.
The moment when all the countries’ flags
Rise in the air, creating beautiful wave
To remind people who misbehave
Day of non-violence has begun
And white pigeon headed towards the sun.

Currently the society standard levels are so high, that we compare ourselves to everyone and everything. We don&#39;t appreciate what we are and what we have, but instead, we always find reasons to think we aren’t good enough. In our lives, all of us have experienced a moment where someone tries to bring us down and it always has some impact on us. We are never proud of the way we look, or what we have achieved, or anything about us. The only way we can achieve peace within ourselves is by self love, positivity and self confidence.
The rat race of being superior to others has destroyed the inner peace within ourselves. We treat the present moment of our lives as an obstacle, not realising that this is our life. We should be taking advantage of every minute we have and live in happiness instead of living in misery. Why can’t we let go of being afraid, being resistant and instead just be ourselves? It`s because we care too much about what society thinks of us. All we care about is fitting in, making people like us but we don`t realise that we are causing ourselves problems by trying to fit in. It destroys our inner peace, makes us develop insecurities and not be proud of ourselves. Then we expect there to be peace in the world? How can there be peace in the world if we don&#39;t have any inner peace?
The world is us. Expecting peace from the world when we can’t find peace within ourselves is unjustifiable and illogical.

A retried fighter plane veteran sits on a bench next to his house. “This is the day.” He thought to himself. “This is the day I spared an enemy bomber entering Marshallion airspace 26 years ago.” “Why did I do it? Why did I spare an enemy.” He pondered this question for 26 years. But today, he has finally found an answer.

June 26 th 1966. The third Perushvusch war has already gone on for 10 years. Leopold has suffered a lot in this war. He joined this war in part to avenge his brother’s and father’s death. This was his 24 th fighter plane mission. His objective was to stop an incoming air raid from the enemy. He and his companions took off and headed for the mission.

As they flew above the clouds, Leopold spotted the enemy bombers. And after instructing his company on what to do, they dove in; showering the enemy with bullets. The enemy bombers along with their fighter plane escorts returned fire. Soon a major dogfight has taken place in the clouds. Both companies were evenly matched in skills, but only one will prevail.

Leopold’s company of 15 fighter planes has lost nearly all aircrafts, so has the enemy. The last 3 enemy bombers made efforts to return to their base. But with hell fire on both sides, only Leopold and one bomber remains. As he was about to shoot the already damaged bomber, he hesitated. And decided to escort the aircraft out of Marshallion airspace giving it a salute.
After the mission Leopold was praised as a hero. But he wasn’t interested. He soon quit a pilot after the war. For 26 years he wondered why did he do it. Did he make peace with the enemy? Possibly. Did he make peace with his duties? Maybe. But 26 years later, seeing the hunter who lives nearby sparing an injured hawk. He concluded that the answer was simple. He made peace with himself.

-What is peace?
In fact, each person has his own idea of the world in his head, and it is quite difficult to describe it in one word. However, we all understand that from time immemorial to this day, peace is very important in our lives. And this applies not only to relations between countries, states or peoples, it concerns literally every one of us. Every person, like every nation on this planet, has its own idea of the world, its own history and personal rights. And the boundaries separating one opinion from another are very thin. These boundaries are thin not only physically, but also morally, and sometimes not everyone manages to comply with them. We all know that our world is very fragile and it is amazing to imagine what can happen to this world because of a single wrong-spoken word. And the problem may not be that the word could be offensive or hurtful, but that the person to whom you say it may misunderstand you. Most often, this is the problem, but due to the fact that everyone has their own views on life. And in such cases, it is quite difficult to find the culprit, so some situations reach world-class problems. However, as everyone knows, there are two sides to any coin. And just as one word can offend a person, so another can strengthen your relationship. And in fact, this does not even need extra words, it is only important to show others that you respect them, respect their views on life and their principles. After all, if you really think about it, peace comes not when, for example, the state decides, but precisely when every person on this planet begins to respect others. 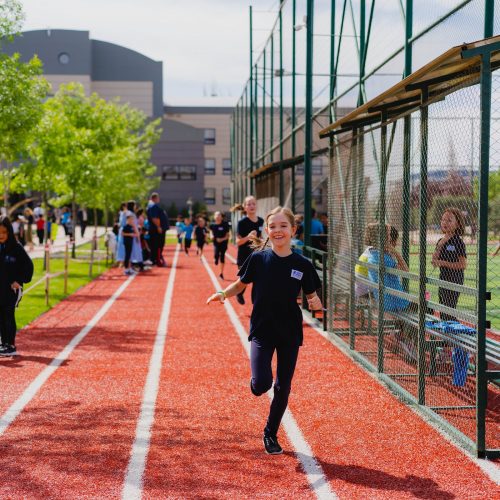 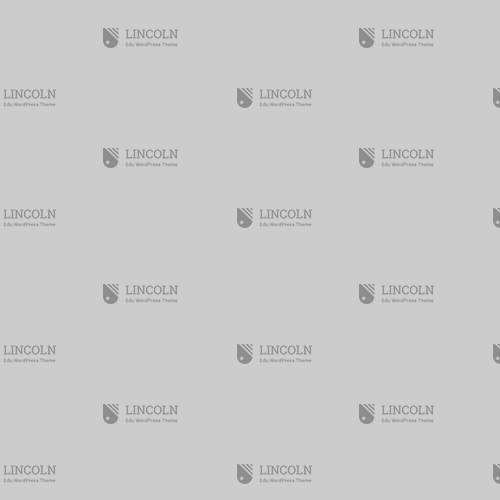 We are Volleyball Champions! 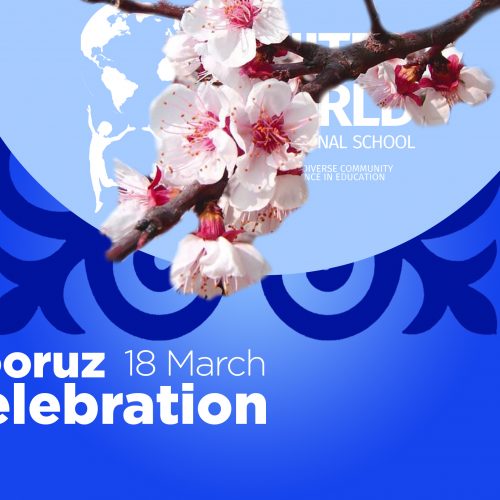